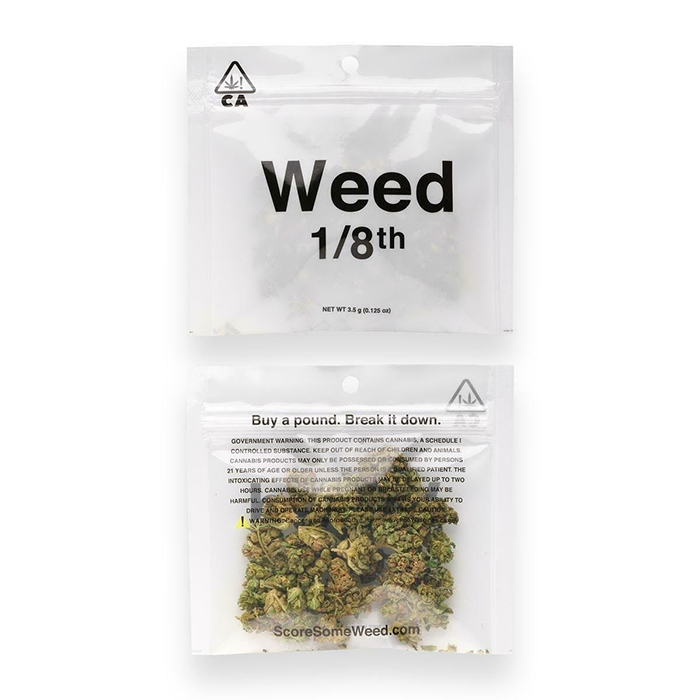 One eighth of Weed in a convenient re-sealable bag. These small nugs were separated from the bigger buds at harvest and packed up for your enjoyment. Grown in massive greenhouses in Northern California, these buds are full of flavor and free of pesticides. They’re the perfect size to grind up into a joint, or pack into a bowl. ﻿Jack is a great sativa with a strong citrus aroma with notes of pine and skunk. It gives lots of energy, so it’s perfect for a morning wake and bake smoke that will calm any anxieties and propel you through your day. Named after the late, legendary cannabis activist and author of the 1985 book “The Emperor Wears No Clothes,” Jack Herer has achieved a lofty, heavily proliferated status among modern cannabis strains. Its flavor is reportedly a composite of citrus, pine, wood and spice. This creation from Dutch seed bank Sensi Seeds won 9 first-place High Times Cannabis Cup awards, and is a frequently used parent strain for new hybrids. Its lineage remains unconfirmed, but it’s generally thought to be a complex hybrid of Northern Lights #5, Shiva Skunk and Haze.