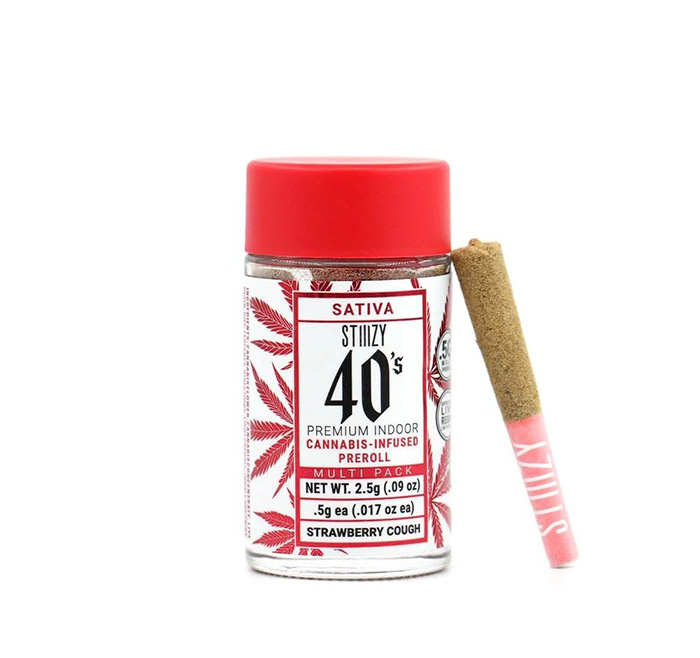 5 half gram infused prerolls loaded with kief on the outside. Strawberry Cough’s story begins with breeder and former High Times cultivation editor Kyle Kushman, who claims to have sourced the clone-only strain — reportedly a cross of Haze and Strawberry Fields — from a novice grower in Connecticut. The grower gave Kushman a tiny Strawberry Cough clone from his small basement garden. Kushman accepted the clone, mostly for the sake of politeness, and nearly threw it away before he noticed an overwhelming smell of fresh strawberries emanating from the clone. Kushman decided to keep the strain and began to share it freely among New York growers.